So that was January

January is usually a quiet month when the world isn't contending with a pandemic. However, we are and it wasn't. 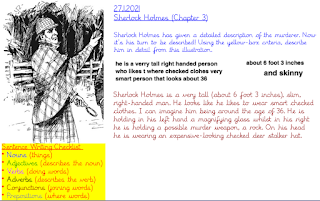 On the tutoring side of things, my hours have continued to increase as more and more parents have come to me finding the home school experience isn't as productive as it could be. What's impressive about all my students is that, regardless of whatever additional needs they may have, they're all switched on for their time with me. It speaks volumes about how much natural drive all children have to learn and how often that, for many, this is actually damaged by the school environment; nevermind by the remote learning fudge where parents are left to do a job that requires years of training and simultaneously work from home.

Anyway, that's the serious bit over with. What's been going on in comedy? 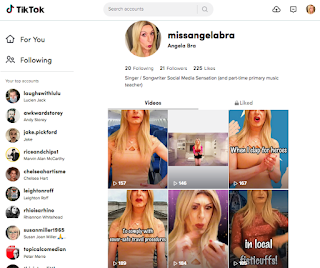 Six months ago I'd have stared at you with a mixture of confusion and contempt if you'd suggested I signed up to TikTok. The home of dance routines and lip syncs were all I knew if for and neither interested me. But then I actually went and had a look at it and, most interestingly, the number of views the clips got. In a world where 1,000 views ranks as an achievement on Youtube it was staggering to see just how many 15 second slices of the banal, obvious or downright moronic clocked up tens, if not hundreds, of thousands of views, likes and comments.

So Angela signed up and started posting. Initially her videos were hatchet-job edits of some of her songs but she then moved into telling jokes to camera - something infinitely easier to do in such a short timeframe. The chorus to Fitness to Practice got 850 views, Nuclear Cooking Cave cracked 500, then everything else started to bump along at around 200.

It turns out banal, obvious and downright moronic engages the TikTok generation. Angela making puns about Nigel Farage in front of a greenscreen doesn't so much. Still, it's a start and if this was any other platform I'd be pleased with how it's going. What is unique to TikTok, at least in my experience, is how international the audience is. One Trump-baiting nursery rhyme later I had MAGA devotees telling me to "watch out" because "something big" was going to happen on inaugeration day.

So maybe Angela needs to learn a dance routine, "bus it" occasionally or record her own version of a joke ten other people have already re-enacted (yes, this actually happens). Or maybe she'll just keep ploughing her own furrow like a beligerant indie band and grow slowly but surely.

I assume that can still happen. It was definitely a thing in the 90's. 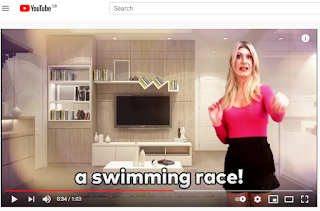 In December Angela recorded a parody for Andy Storey's vlog. A tribute to his Nationwide advert, I Wanna Be Your Dog was about home yoga and featured Angela in a variety of approximately yoga-esque poses whilst shouting the names of them. Though good it had been rushed out and I didn't feel it had reached its full potential so I recorded a new version last week.

It went on TikTok and, despite the dance moves and music, it made it to 146 views and gave up. Facebook video did better as I posted it to various humour and drag pages and it's currently on 252. As an afterthought I posted it to Youtube for posterity and didn't really talk about it at all. The next day it had over 900 views as Youtube had decided to recommend it to a lot of people.

I don't think I'll ever understand how social media works. 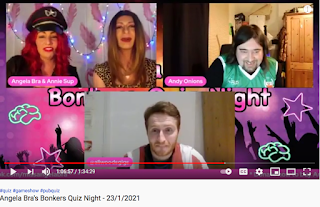 These have been going well. Anna and I hosted another two this month with Ali Woods, Stella Graham and Andy Storey all in the guest seats alongside Andy Onions. The most popular part in every show appears to be when we've either forgotten to turn the mic on or off but I'm just happy people are watching at all. As well as the thousands who appear to be watching it on Facebook it also has a healthy number of viewers on Youtube, where I upload it afterwards. I'm always looking for guests so if you fancy it give me a shout.

Notable for containing my birthday. Though I don't think the last year really counts so I may just have the same one again.