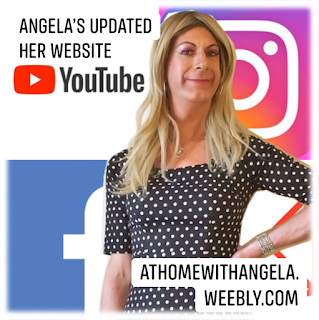 It's been a month since the last blog but that doesn't mean nothing has been happening. In fact, quite the opposite. Okay, that is excepting the small matter of breaking out of our sickly isle for a week in Turkey (productivity rating: 0, sitting in the sun and swimming in a pool rating: 10) but otherwise it's been rather busy.

Last week I published the sixth and final vlog/music video for the 'At Home With Angela' mini-series on Youtube. A green screen on green screen tribute to female fronted indiepop bands of the past and a certain contemporary comedy duo, Tea Time Lottery turned the guitars up to an audible level but still made room for some mum-at-the-wedding-disco dancing in the choruses.

I had hoped that by the end of this series the pandemic would be easing but quite the opposite appears to be happening. Angela is booked in for several appearances with Bonkers Bingo in the coming months but early closing, social distancing and super-lockdown measures in the north mean that these will be the only shows she'll be doing in the forseeable future thanks to the large rooms they inhabit and the useful coincidence that bingo has always been a form of fun delivered best seated with people you know.

So for now the focus stays online. In a tribute to the multi-format music releases of the past (who remembers the CD, tape, vinyl trio that used to be offered on the weekly singles?) I'll be uploading re-edited versions of the AHWA shows onto Facebook and Instagram in the coming months.

Angela will also be hosting Anything Goes Online for the while. Now published monthly, my round-up of the best new UK comedy on the web will feature actual links between sections of the show and even more content. The last one was a bit slim on clips, a sign some people are actually getting back to work I think, but October's is looking really good at the moment.

Anything else to report? Angela's been approached by Britain's Got Talent today and a sportswear brand has written to her offering to pay her for endorsements in her videos. Will either go anywhere? If you see more footage of the sort last seen in Fitness To Practice then you'll certainly know!

In parody news, I'm playing a show next Thursday in Manchester for Laughienda and Retford Festival will be showing the full fringe show online in October.

As I said, it's been a busy month.